MSnbase (or here on GitHub) (Gatto and Lilley, 2010) is one of my main software projects. I started working on the package when I moved to Cambridge in 2010. It offers a way to import, manipulate and process raw mass spectrometry and quantitative proteomics data in R.

Since then, I benefited from quite a few contributions (which I already briefly highlighted here). In this post, I want to give a few more details about and credit to the contributors.

The figure below summarises the contributors over time. 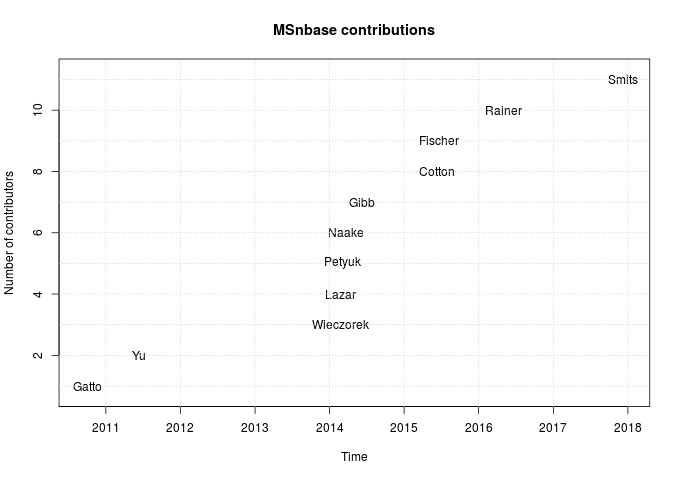 Since then, the commits have been quite regular, except for 2012.

Guangchuang contributed the plotMzDelta function in June 2011. The function produces a figure used as a quality for MS2 spectra, as detailed in Foster et al. 2011. All differences between neighbouring peaks in MS2 spectra are calculated and plotted as a histogram. Assuming good peptide fragmentation and absence of contamination, the histogram should feature peaks corresponding to amino acids. 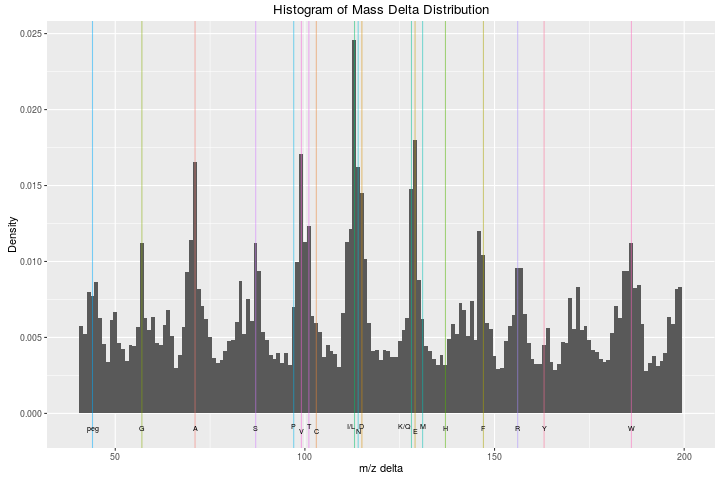 He is also the author of the first implementation of the readMgfData that, as the name implies, reads mgf data (thanks for the reminder).

The contributions of Sam and Cosmin in February 2014 stem from our work on missing value imputation in quantitative proteomics (Lazar et al. 2016) and have materialised in improvements in the impute function.

Vlad’s main contrition was in the combineFeatures function that aggregates low level features, in March 2014. He contributed the redundancy handler, that defines how to handle peptides that can be associated to multiple higher-level features (proteins).

The ggplot2-based implementation of image, that produces a simple heatmap of the quantitative data also come from him, and is based on his own vp.misc::image_msnset implementation. 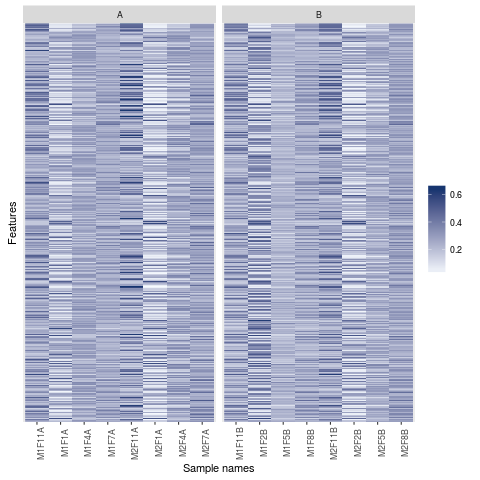 Thomas visited the group as an Erasmus student from April to June 2014 and implemented the first version of the pRolocGUI package (and here on GitHub). During this work, we discussed about features that would be needed for the interactive visualisation that ended up being implemented/added to MSnbase and then used in the GUIs. The main one I can remember is the FreaturesOfInterest class, that stores an arbitrary set of features (proteins) that can then conveniently highlighted on a PCA plot using the highlightOnPlot function from the pRoloc package. 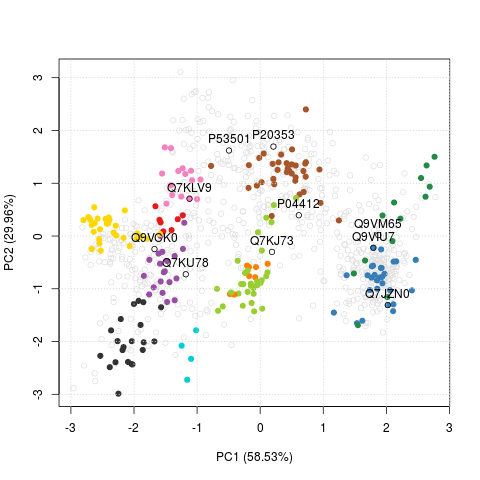 Sebastian visited the group for 3 months in 2014. He did a lot of work on MSnbase and synapter (here) and is still active. Among his many contributions are the addIdentificationData, that adds identification data from mzid files to raw (MSnExp objects) and quantitative (MSnSet objects) data. He also added various raw data processing functions (such as smoothing, peak picking) by leveraging existing code in his MALDIQuant package and support for label-free MS2 quantitation. He also worked on spectra comparison, annotation and visualisation, as illustrated below. 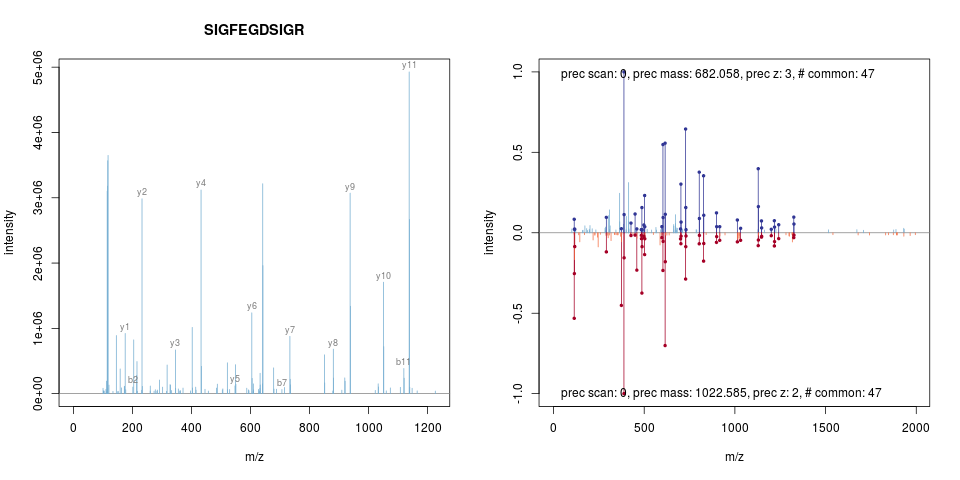 Richie contributed in supporting mzTab version 1.0, as described in issue #41 from June 2015. I updated his code to fit into the MSnbase infrastructure and annotate some the ontology controlled parameters (using the rols package).

Johannes has been instrumental in the recent (October 2016) release of MSnbase version 2.0. During summer 2016, we worked on a new backend for raw data. Instead of loading spectra into memory, as in the original MSnExp implementation, the alternative implementation accesses the raw data from the hard drive on-the-fly only when it is needed. This is made possible by the fast on-disk access provided by the mzR package (here on GitHub) that uses the proteowizard C/C++ code base under the hood. For more details and a direct comparison, see the benchmarking vignette.

This joint work with Johannes aims at providing a common and efficient infrastructure for mass spectrometry data that can be used by the proteomics and metabolomics developers.

Arne developes the DEP package for differential enrichment analysis of proteomics data and has contributed MSnSet to/from SummarizedExperiment methods, to facilitate the inter-operability between his package and MSnbase.

Seeing that MSnbase is used and attracts attention from other developers is a great reward for me. Thank you all for your valuable contributions!