I’ve recently reached my 6 years running anniversary. My first recorded run was on the 10 February 2016, a decent 5 km run, starting from the wonderful Centre for Mathematical Sciences and running along the West Cambridge site. Since then, I have run on average 2000 km per year, tallying over 12000 kms. This post is a tribute to the running shoes I have been wearing since.

I remember entering the Up and Running store in Cambridge and asking for a beginner’s pair of running shoes. I tried a couple of pairs and, following the sales person advise (which I’ve had and heard on multiple occasions), got those that felt comfortables, having no measure of comparison. 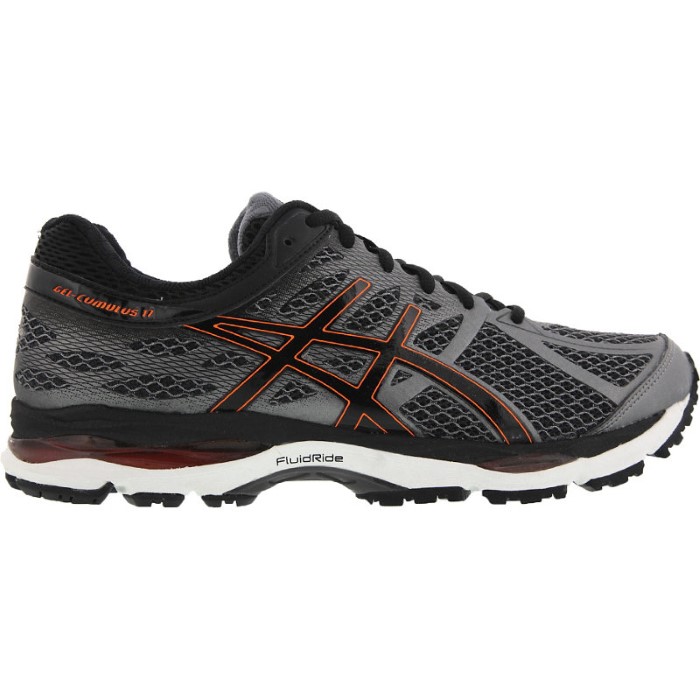 A couple of month later, I travelled to California for the yearly Bioconductor and UseR conferences that co-localised in Stanford. Given that I stayed there for about a week, I seized the opportunity to register for a free Amazon.com prime account, order the same pair of Ascis shoes and benefit from a free next-day delivery. The shoes were actually a bit smaller than those bought in the UK despite identical sizes. That stay in Stanford was very enjoyable, both on from scientific and running point of view - the conferences were great and I made the best from my proximity to the that were to ramp up over 60 kms. 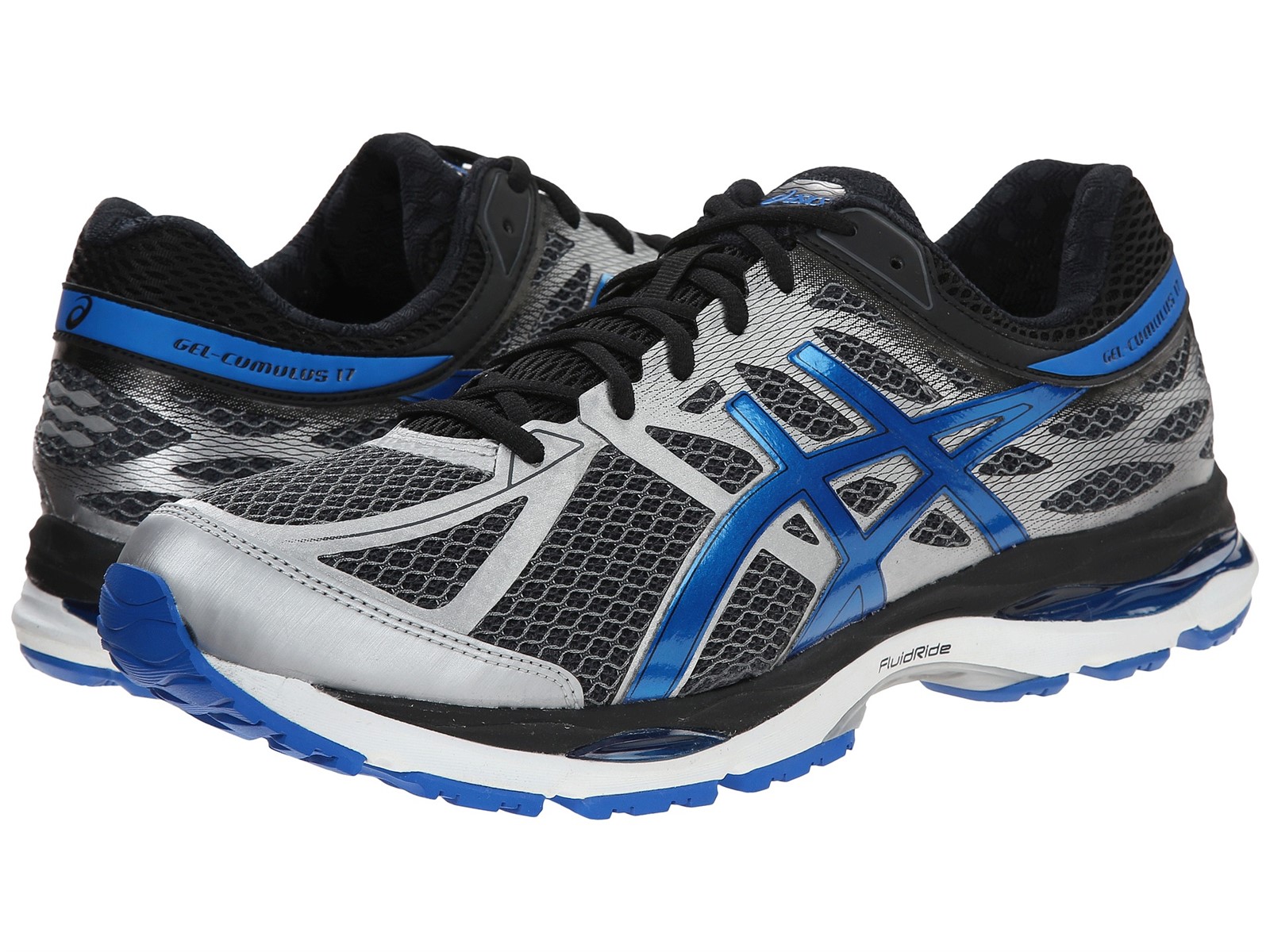 Both Asics pairs were completely worn out and landed in the bin a long time ago.

As many, I read Christopher McDougall’s Born to Run book and became fascinated with the Tarahumara Native Mexican tribe in the Mexican Copper Canyons and the idea of a more natural running form. I went back to the Up and Running store in Cambridge and asked for a pair of minimal running shoes, ideall with no drop. I remember that I was offered at least two pairs, which I tested on the running mat. I was very proud when the sales person complimented my running form. I choose the black Altra Escalante, a brand I had never heard of, and it was a revelation. I have stayed with Altra’s foot-shape and minimalistic format since then. 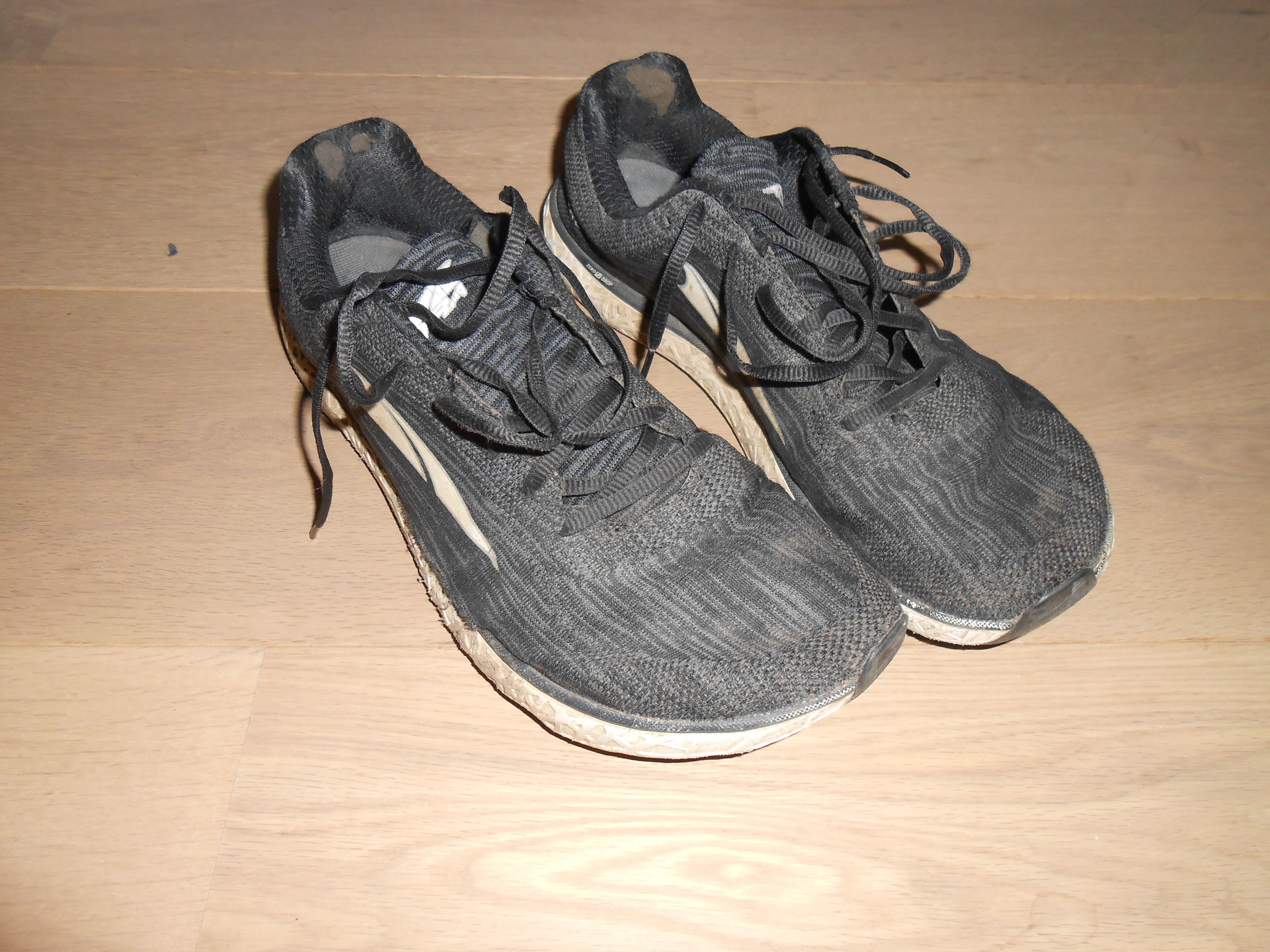 I still have my pair of Escalante and only wear it for leasure, despite it really being worn out.

The Escalante was a great pair of shoes but given that I was aiming for longer distances and off-the-road terrain, I wanted to try something sturdier for trails and ultra-trails. I ran my first 50+ distance with that worn out pair of Escalante and had suffered from painful feet after the race. It was yet again at the Up and Running store that I found the Altra Torin shoes - I probably asked for Altra from the start. This is also the pair that I wore when running my longest distance so far, 80 km at the Brussels EcoTrail in September 2019. 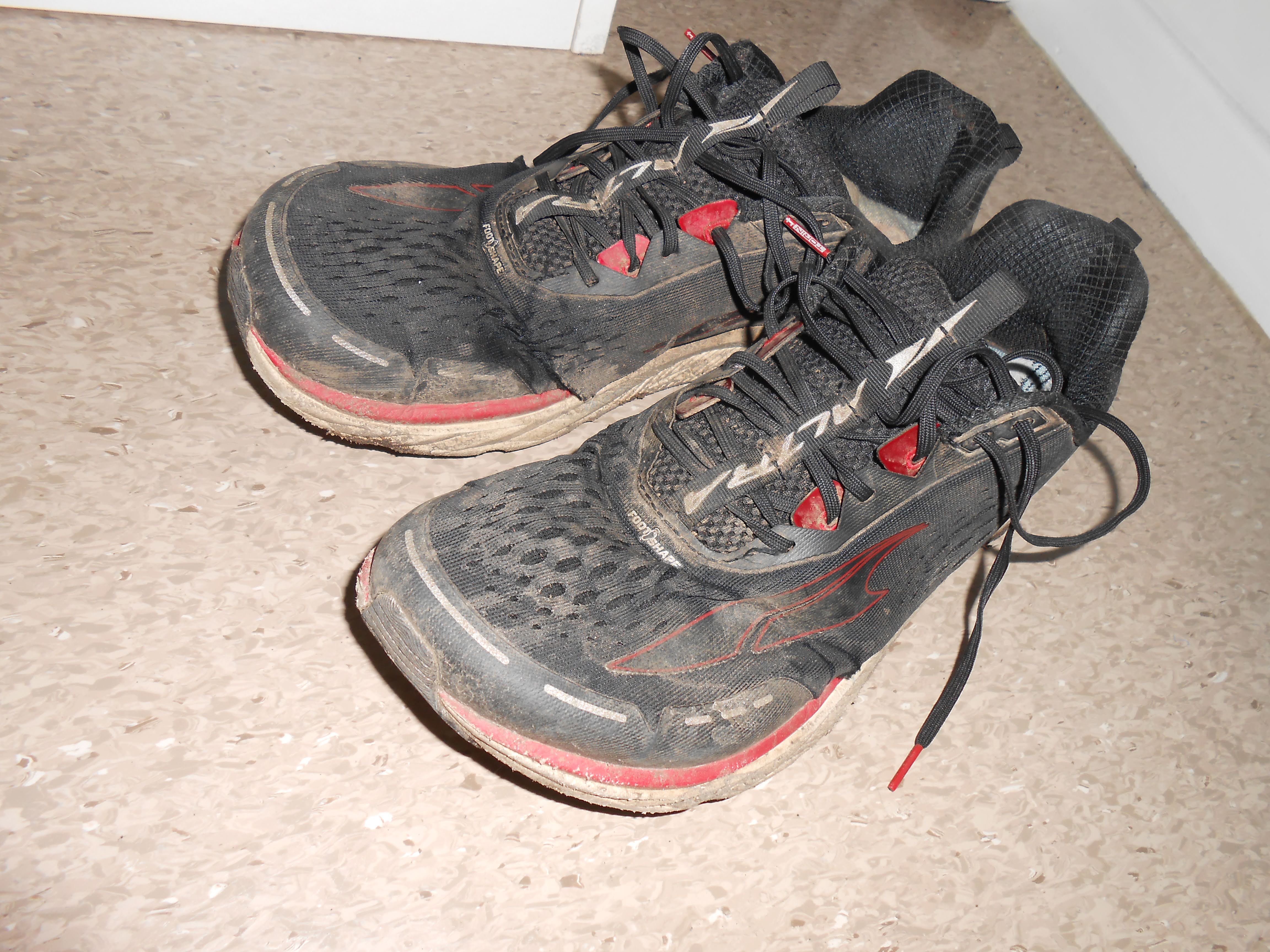 Even though they were badly worn out, I have kept my black Torin shoes at work and used them for the occasional work lunch-time run until September 2022.

Given that I was running mostly in the forest and fields, I decided to go for another pair of Torin - why change when there’s no reason to. Given that I had left Cambridge, I got the next pair from the Altra website. I also still have that pair, although I don’t use it for running (too worn out). 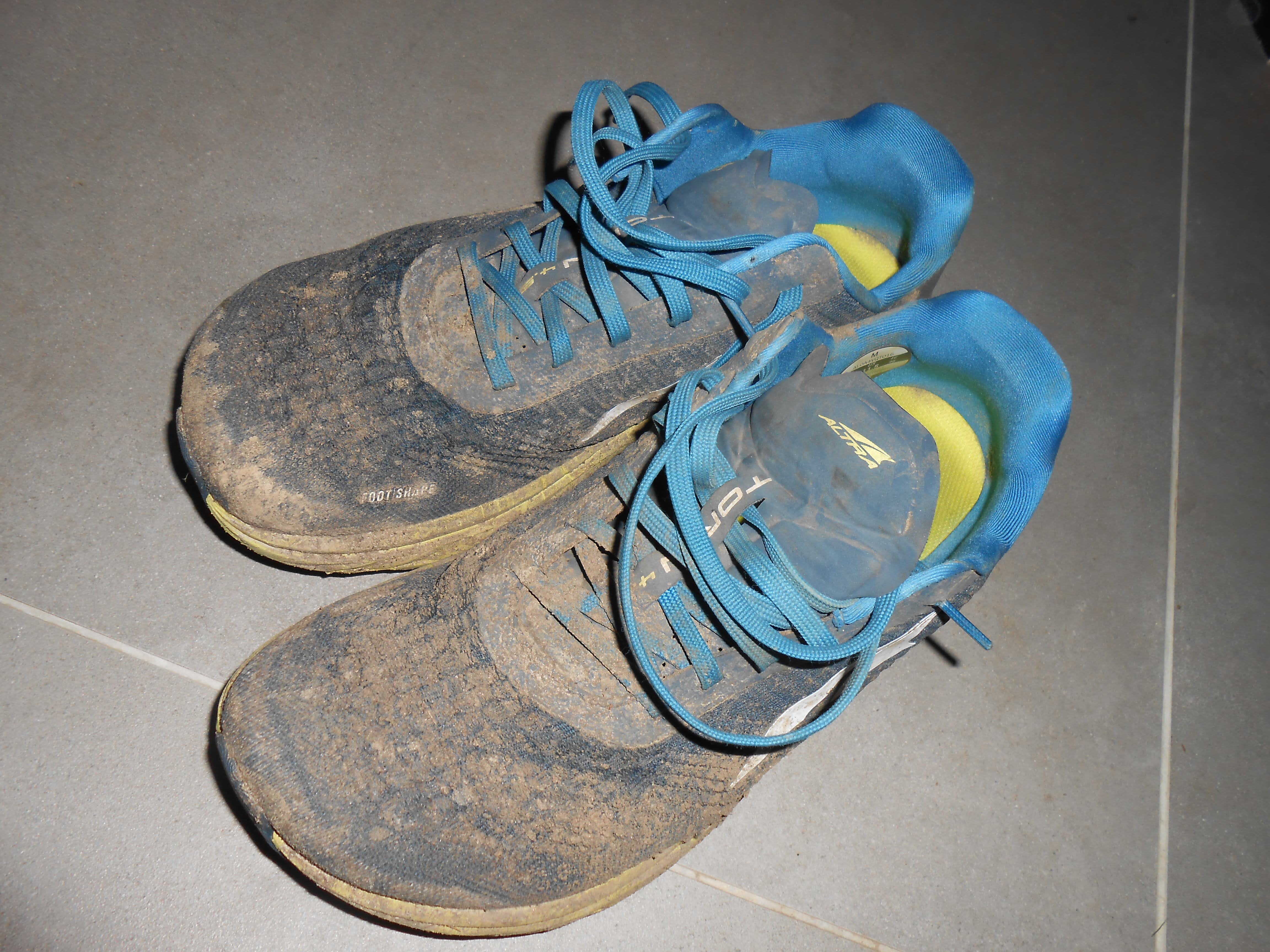 I got my third pair of Torin on-line, again. It wasn’t straight forward though. The first attempt at the Altra website failed, as they mistakenly sent a pair of Escalante. I did like my first pair, but needed something a sturdier and had to send them back. Altra was apparently out of stock with Torin and I ended up getting them somewhere else. Unfortunately, I wasn’t too impressed this time. As you can see from the dates above, this pair didn’t last very long this time, and even less compared to the other ones in kms. The inner sole was completely worn off at several places and the shoe tore at the outside along the sole very quickly compared to its predecessors. The pair ended up in the bin in January 2021. I am also planning an ultra-trail in the Swiss mountains in the summer and thus thought I might try another pair with this in mind. 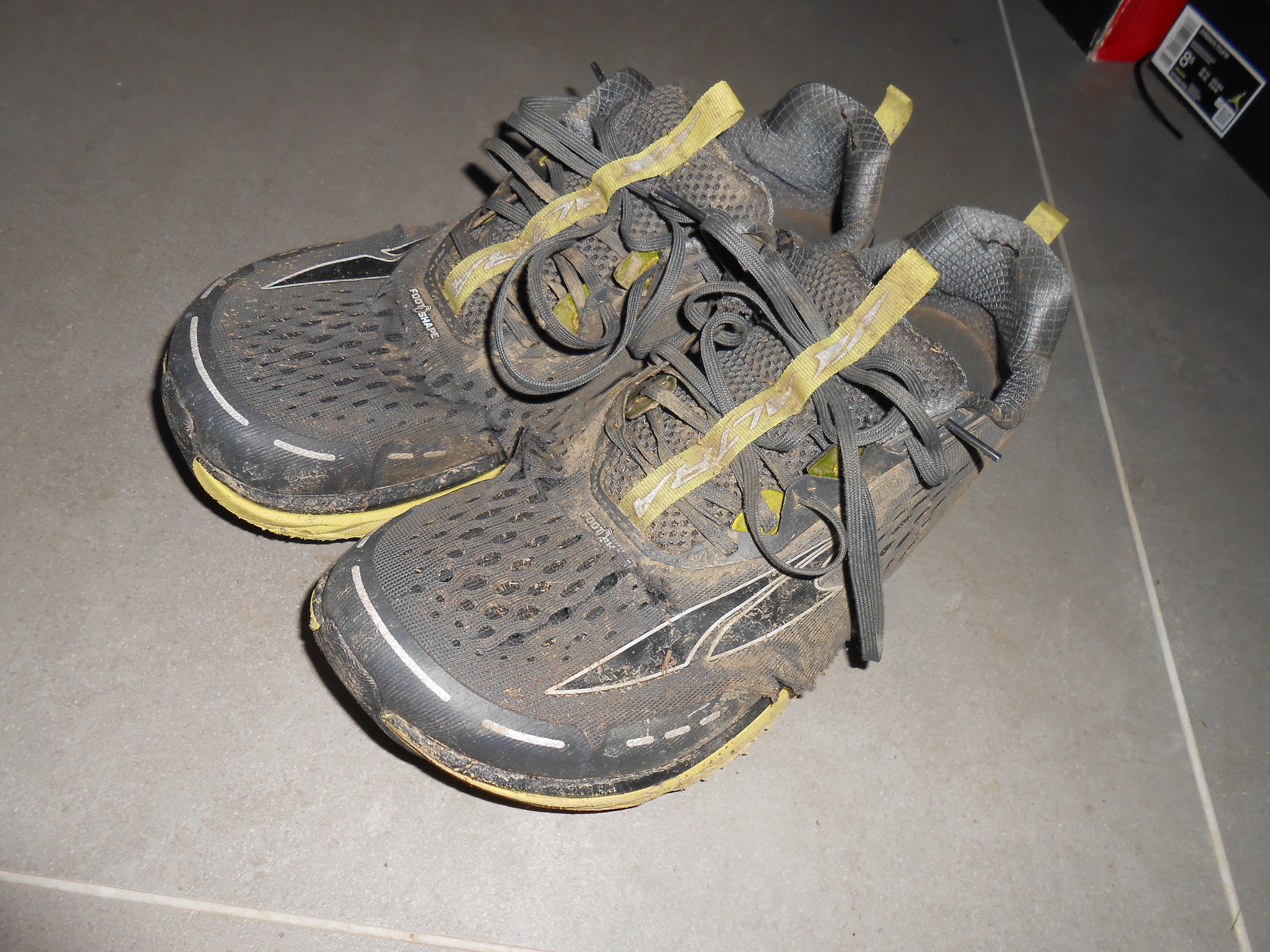 In January 2022, I ordered a pair of Lone Peak online (I really miss the shop in Cambridge). They don’t feel as comfy as the Torin and probably also have a thinner outer sole, probably closer to the Escalante (I remember having the opposite impression when running with my first Torin). I must admit that I don’t follow all the jargon that is advertised on the vendors websites (the only one that sticks is drop because I wanted to try a zero drop in May 2018), so my impressions here might not match the advertised metrics. 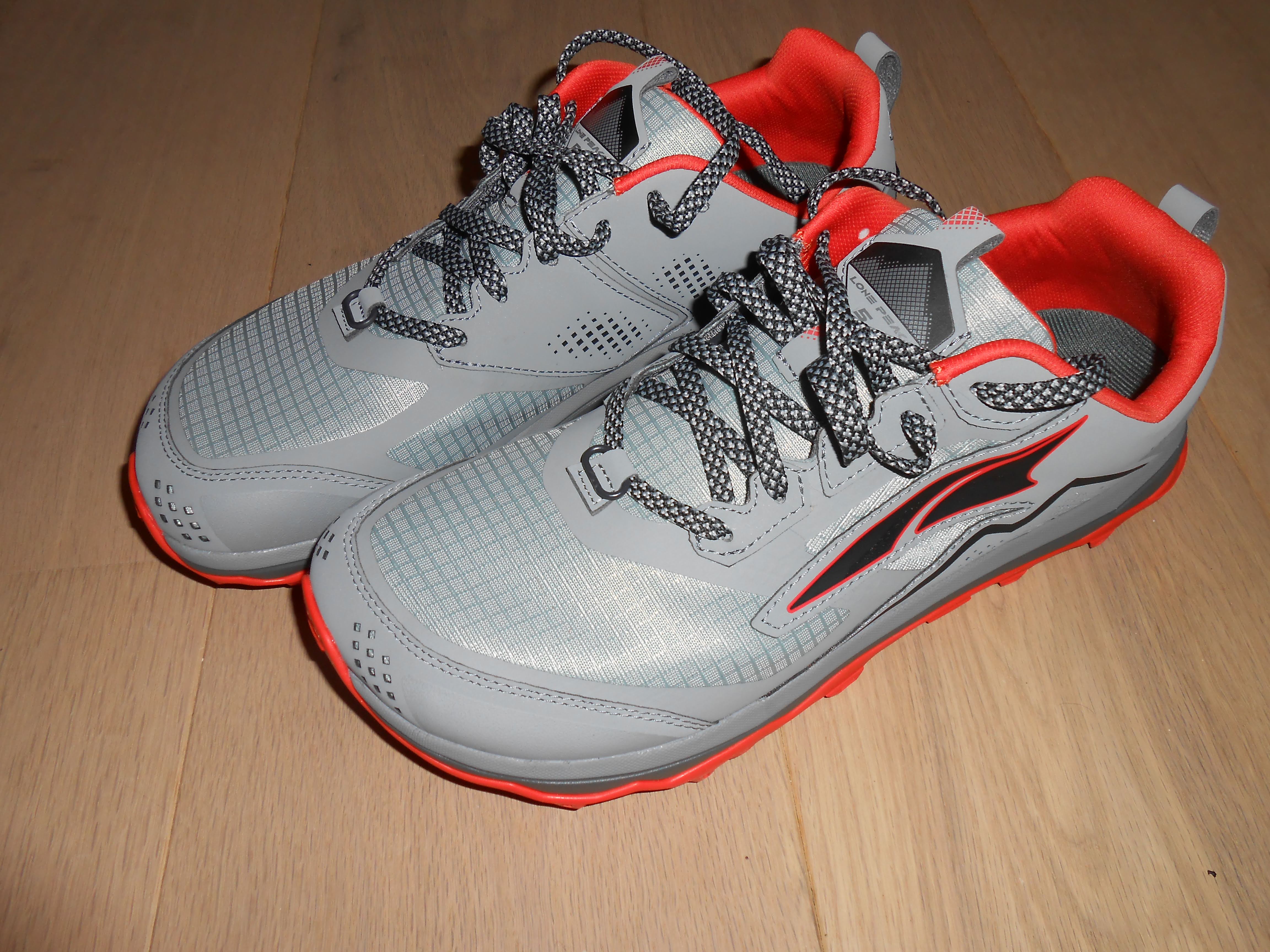 After a couple of months, I am very happy with this pair and I’m considering getting a second one for work.