Today, I’m going to introduce a recent feature from the Spectra package, namely annotated chromatograms. I’ll start by showing the result and them explain how to produce it.

You will immediately recognise a chromatogram on the figure below, showing MS1 scan total ion current over the experiment’s retention time. Each MS1 event is highlighted by a dot which is colour-coded based on the number of MS2 offspring scans that lead to identifications. Grey dots are MS1 scans without any identified precursor peaks while coloured dots (from dark to light blue) represent MS1 scans have 1 to 10 (in one case, see details below) identified precursor peaks. 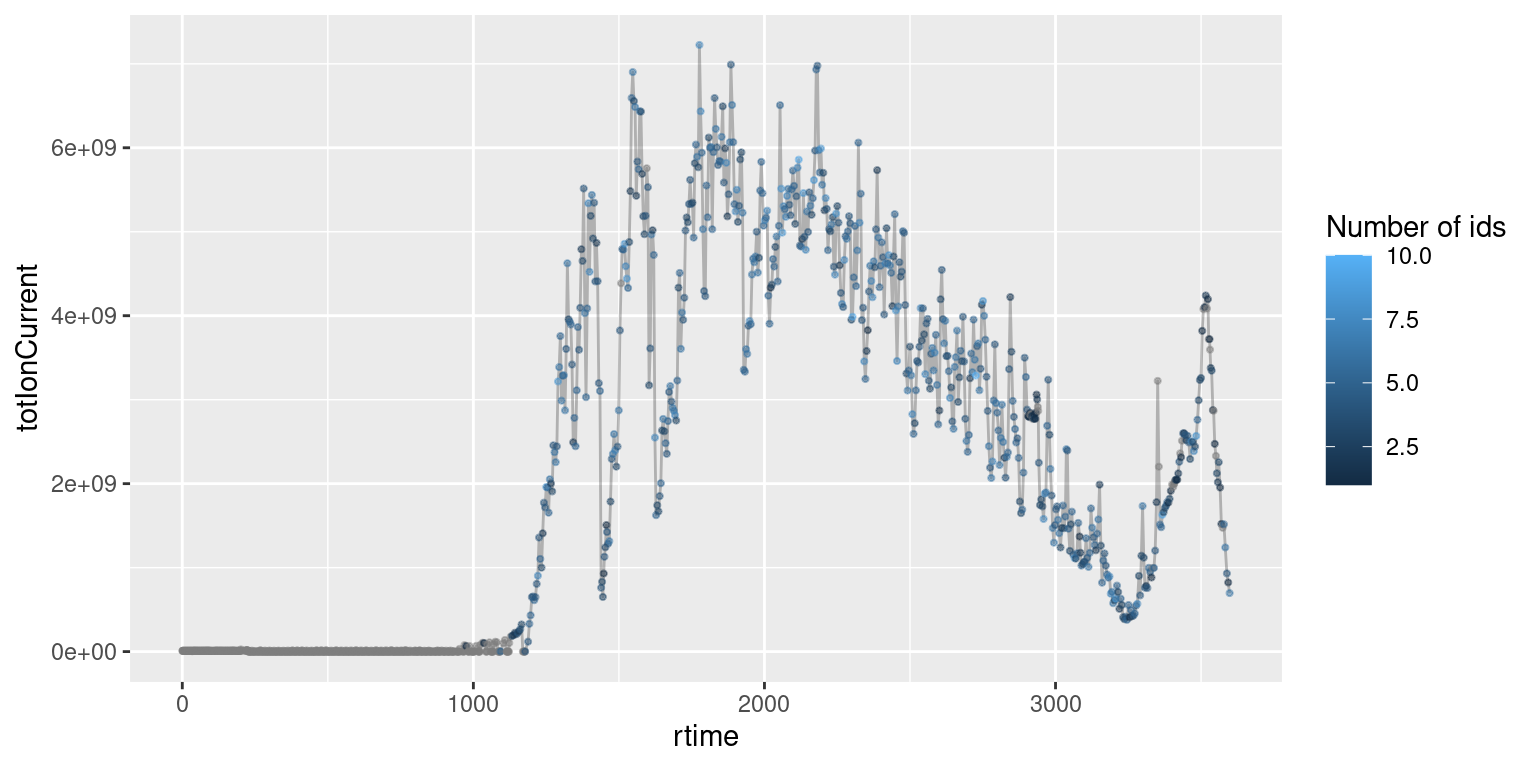 You can also watch a video illustrating this post here.

Here, we load the raw data into R as a Spectra object:

Below, we load the identification data into R as a PSM object and filter the PSMs:

We can now annotate the spectra with the identification data. For details about these steps, see the details and example of the joinSpectraData() function.

The function that permit to produce the data for the figure above is countIdentifications().

The function is going to tally the number of identifications (i.e non-missing characters in the sequence spectra variable) for each scan. In the case of MS2 scans, these will be either 1 or 0, depending the presence of a sequence. For MS1 scans, the function will count the number of sequences for the descendant MS2 scans, i.e. those produced from precursor ions from each MS1 scan.

We can now use this new countIdentifications variable to generate our annotated chromatogram. The code chunk below filters MS1 level data and then extracts the spectra variable, in particular the retention time rtime, the total ion current totIonCurrent and the newly created countIdentifications to produce a figure with ggplot2. 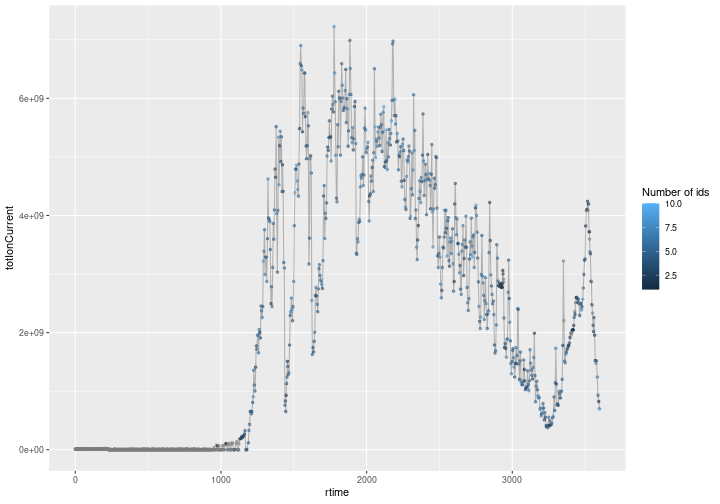 For details about the Spectra package, see the package web page and the R for Mass Spectrometry tutorial.